Speeding hurts as all - and the impact is long-lasting 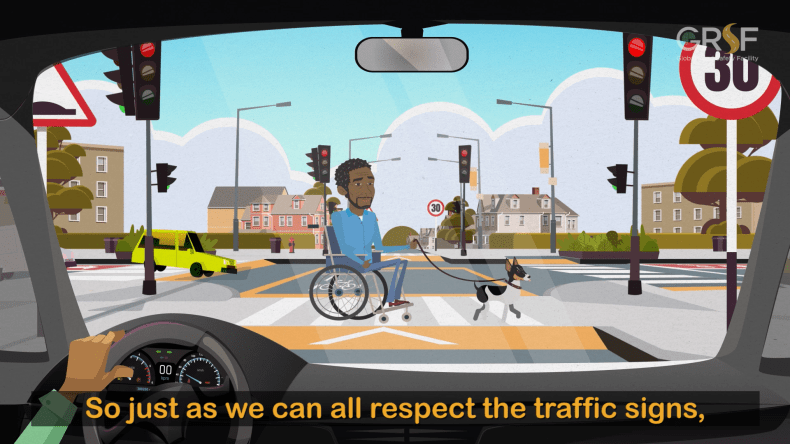 Most people believe that we, human beings, are some somehow a powerful, supernatural, highly sophisticated being and the best creature on Earth! And for some things we might be close to that perception, but for others such as our own safety and wellbeing, let’s say humans are wonderfully flawed and imperfect. We are simply unable to clearly see the risk of speed, in contrast to height, for example, and so we continuously risk our lives or put others in danger.

Having said the above, this doesn’t mean at all that there is nothing we can do to prevent these deaths and injuries- but completely the opposite. It is important to be aware of our deficiencies to use our superb intelligence, curiosity instinct and well-known creativity, to find the solutions needed to overcome our deficiencies. Luckily, many of our researchers and road safety experts have done this job, and so we already know what works and what doesn’t work.

But today, we want to take the chance to remember and pay our respects to all of those to whom this information and interventions arrived sadly too late, and thus they’ve lost their life or suffered from radical and painful changes after being a victim of a severe road traffic crash.

This is the story of Samuel and Lisa (which is based on a real-life story by the way).

Samuel and Lisa were a nice and hard-working couple, who had two wonderful kids, and who, with lot of efforts managed to own and run their own business- a nice little grocery shop, which they have been trying to grow with support from some investors. One day, like any other, Samuel went for a walk with Chels, their dog, while Lisa took their kids for their recreative activities. But that day, neither Samuel nor Chels came back home; they were hit by a car while crossing a local street intersection by a car which was driven “a bit” over the speed limit, “just” 50kph instead of 40kph as the speed-limit was showing. Chels died at the scene and Samuel ended up in the hospital seriously injured with multiple broken bones, including ribs, dislocated joints, a contusion, and a collapsed lung.

Later, more detailed medical examinations to assess the Abbreviated Injury Scale (AIS) confirmed that he had an 80% chance of dying at the scene of the crash, as Chels did. Samuel spent 40 days in total in hospitals and outpatient facilities and went through a lot of surgeries, many of which there was the uncertainty of him coming out alive.

And while the driver who hit Samuel did it unintentionally,  while “just” rushing to his football match, and he was “just” going 10kph over the speed limit, this clearly shows that when it is not considered in advance our human fragility (as in our delicate complexion of flesh and bones), human deficiencies (such as our misperception of speed) and human errors (as a distraction or inadequate decision, such as “just” going 10kph over the speed limit), it can lead to long-lasting consequences!

In Samuel and Lisa’s case, unfortunately, this didn’t stop there, the consequences went beyond the crash. And not that living with a permanent disability has to be more dramatic or worst, but it is fair to say that life, as he knew it, forever changed. The financial burden on another hand was so important that they lost their small business; and pain, suffering and anxiety was such after the crash that their marriage was put on the line.

Here is where Speed Management comes in. Because we need to accept that although we might be tended by the expectation of everyone respecting the traffic signs, the speed limits and expect people to “drive safely”, this will not happen and we cannot rely on individual actions and behaviors of humans, as remember, we are prone to commit errors. Thus, we should better ponder a Safe System approach, which considers as a key lifesaving element implementing a proper Speed Management which includes, among others, traffic calming infrastructure measures to prevent the catastrophic consequences of road traffic injuries.

Speed management involves a multisectorial coordinated effort to address inappropriate speeds from the design of the road and the limits established along the entire road network. But Speed management needs to be done properly for it to be successful and effective; and thus, be able to protect you, your family and friends from these situations where another road user could leave you with long-lasting consequences. Today, we also what to take the opportunity to remind you all, that enabling and achieving a Safe System is everyone’s responsibility- from the authorities in charge of designing, building, and managing roads and vehicles, to those deciding on land use and urban development, to vehicle manufactures and importers, and of course on you, me, and everyone else, as road users ensuring a safe use of the infrastructure around us.

Let us also recap and always remember that for the Safe System approach to be effective, a safe speed needs to be kept (you might want to read more on low-speed zones), with support from the distinct tools and evidence-based measures that are part of a comprehensive speed management program, only then we can assure the protection of the citizens, the prevention of serious injuries and the promotion of healthy lifestyles.

Spread the word around this and lead by example!

WATCH the 1st video of this series: Speeding Hurts Us All – and the Impact is Life-changing.

Visit and learn more at the GRSF's Speed Management Hub.