Speeding Hurts Us All – and the Impact is Long-lasting

Samuel was 32 and with his wife Lisa parented two beautiful kids. They ran a small business together and employed several other people to work on their business. In his leisure time, Samuel took out his boat for fishing with his friends, and his only self-proclaimed vice was playing video games, recreationally. A good life, right?

That evening, he was out walking the family dog, Chels, and crossing a local street intersection. The street was speed-posted at 40km/h. A driver though had chosen to go above the speed (roughly 50km/h) and hit Samuel and Chels. Chels was killed at the scene, and Samuel was seriously injured. He had a broken leg, broken ribs, dislocated joints, laceration and contusion and a collapsed lung.

Later, more detailed medical examinations to assess the Abbreviated Injury Scale (AIS) confirmed that he had an 80% chance of dying at the scene of the crash. He spent 40 days in total in hospitals and outpatient facilities and went through a host of surgeries.

The science behind the Safe System approach (Davis, G.A., 2001) tells us that if the driver was going at the speed limit, i.e., 40km/h, Samuel’s chance of getting seriously hurt were almost 25% less. And if the speed limit was set at the Safe System speed of 30km/h, he was only 30% likely to suffer serious outcomes – almost 63% less than when hit at 50km/h. 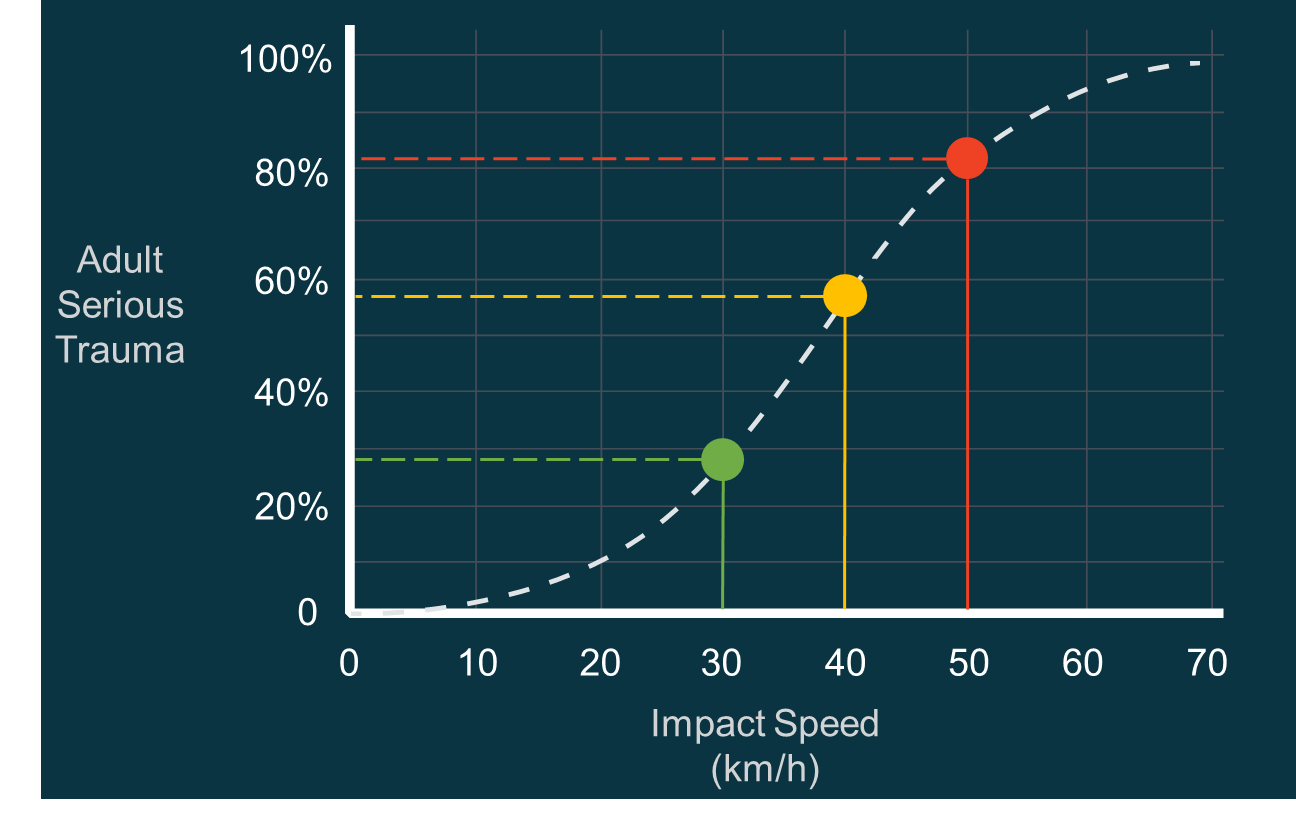 But this was not the end for Samuel – speeding and the consequent human suffering is more vicious than that. Six months later, when interviewed as a part of a longitudinal study of road crash injury recovery, Samuel was still in continuous pain, suffering anxiety and recurrent nightmares, limping and in no shape to work and enjoy his family life and hobbies.

At the 12-months mark, the situation had become disconcerting. Samuel’s marriage had come to an end, and he was depressed and suffered intense anxiety attacks. He had lost the business and took up gambling and was socially withdrawn. Once an upbeat healthy man, he now had recurrent suicidal thoughts.

As the road safety community, we still hope to bring Samuel’s life back on track – however, we believe it is comparatively easier to prevent such tragedies in the first place. This is where Speed Management comes in.

Speed management involves a coordinated approach to addressing inappropriate speeds on a road or across a whole road network. The following figure shows the proven actions that need to be taken - sometimes concurrently - to ensure that speed management is successful and effective: 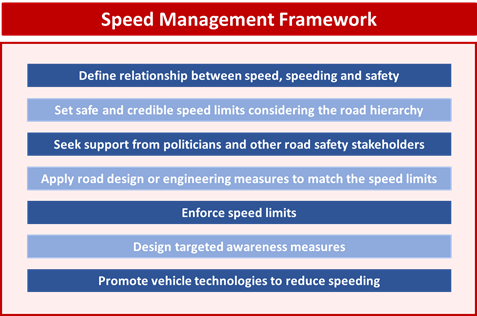 Under the new BIGRS Program 2020-2025, GRSF is the host of the Speed Management Hub.

So, we invite you to take a good look at all these resources and be part of the solution, and not the risk! Visit and learn more at the GRSF's Speed Management Hub.

* Disclaimer: The story reflects the traffic reality of road trauma out there, originally coming from the Transport Accident Commission in Victoria, Australia. However, for privacy reasons, a series of identifying elements and circumstances were changed.