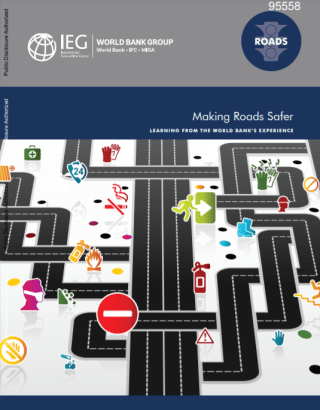 Every year, nearly 1.3 million people worldwide are killed in road crashes, which have become the leading cause of death among people between the ages of fifteen and twenty-nine. More than 90 percent of the world’s road fatalities occur in developing countries, and half of the accident victims are pedestrians, cyclists, and motorcyclists. Road accidents disproportionately affect the poor, making road safety an economic development issue. Many crash victims are of working age, and their death or serious injury too frequently leaves their dependents destitute. Governments in poorer countries have assumed they cannot act to reduce death rates until they are wealthier. However, many of today’s road safety measures can be implemented relatively inexpensively to reduce death rates, if managed correctly.

The United Nations (UN) invited the World Health Organization (WHO) to coordinate a drive to improve road safety globally. It also proclaimed a Decade of Action for Road Safety (2011–2020) to stabilize and then reduce the level of traffic fatalities and serious injuries around the world. More than 100 countries as well as multilateral development banks—including the World Bank—support the interventions.

For many years, the Bank’s involvement in road safety focused primarily on engineering aspects on a project-by-project basis. However, in 2004 the Bank and WHO produced a seminal publication advocating the “safe systems” approach successfully being used by the 34 member countries of the Organisation for Economic Co-operation and Development. Under a safe system, the whole transport system—including road engineering, user behavior, vehicle safety, policing, and accident response—is optimally designed to protect people from death and serious injury.

In 2008, the Bank made road safety a pillar of its transport sector strategy and adopted the safe systems approach in one or two projects in each Region. More recently, the Bank fully adopted the tactic for all roads projects where feasible and encouraged road safety authorities to adopt this practice nationwide.

The Independent Evaluation Group (IEG) is aware of the rapidly worsening road safety situation in the developing world and efforts by the Bank's transport sector to encourage the use of best practices in road projects. This study, a pioneering learning product created by IEG in cooperation with transport operational staff and the Bank’s Global Road Safety Facility (GRSF), aims to provide useful knowledge to Bank operational staff involved with road safety, to support Bank and client