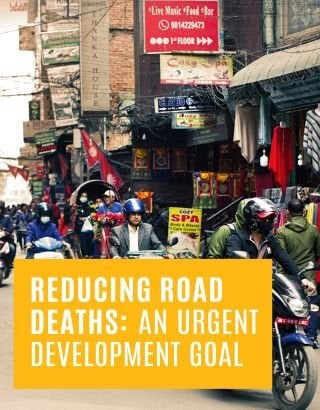 In 2010, more than 100 countries co-sponsored a landmark resolution by the UN General Assembly—a Decade of Action for Road Safety—to stabilize and then reduce forecasted global traffic fatalities by 2020.1 The goal is ambitious. From 1980 to 2010, road fatalities as a share of population rose about 13% worldwide, but they rose by more than 75% in developing East Asia (including China) and by 66% in South Asia (including India).

Awareness and advocacy have strengthened over the past five years, but these data suggest that developing countries, especially in the middle-income group, will fail to attain the 2020 goal set by the Decade of Action. Now midway to the end of that decade, countries are set to meet in Brazil in November to discuss ways to accelerate progress toward the 2020 goal.