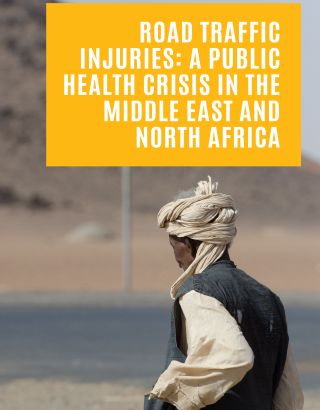 The incidence of road crashes in the Middle East and North African (MENA) countries is rising at an alarming rate and is now the leading cause of death among young adults, as confirmed by recent public health reports.1 When comparing socio-economic indicators such as road crash fatality rates, healthy years of life lost due to crashes, and percentage of GDP lost, MENA countries now rank among some of the worst performers in the world.

This note provides insight into the current situation, and examines why, in contrast to other high and middle-income countries, the increase in wealth among MENA countries in the last decades has not positively affected the road safety crisis.

The main findings confirm that economic progress alone does not automatically deliver better road safety performance, but transformational changes in the management of the road system along with ownership of the problem by multiple stakeholders are crucial to stabilize or reduce road crash fatalities and injuries. In the past, countries on the path of development and increasing motorization have taken more than 30 years to effectively reverse the trend in road deaths – a time period which the MENA countries cannot afford.

This note concludes with a summary and framework for immediate interventions needed for the region and the role that developmental organizations such as the World Bank Group can play in supporting targeted policies, ensuring a sustainable funding stream, and building capacity to improve the road safety situation in the region.