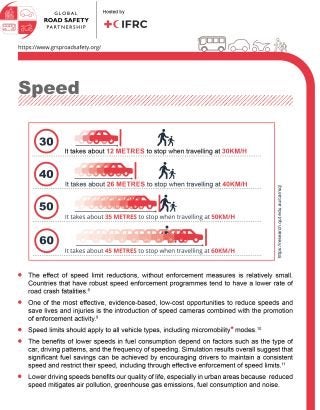 Speed is the most significant factor in road crashes, affecting the number of crashes as well as crash severity. Speed is about kinetic energy and force. The higher the impact speed of a collision, the greater the forces that result. Human bodies are simply not adapted to withstand impact forces that occur in higher speed road crashes.

The faster a driver travels, the more likely they are to crash and the greater the risk of serious injury or death. No matter what causes a crash, vehicle speed directly affects the force of impact. As speed increases, there is an increase in the following factors and, in turn, an associated increase in the risk of crash involvement: