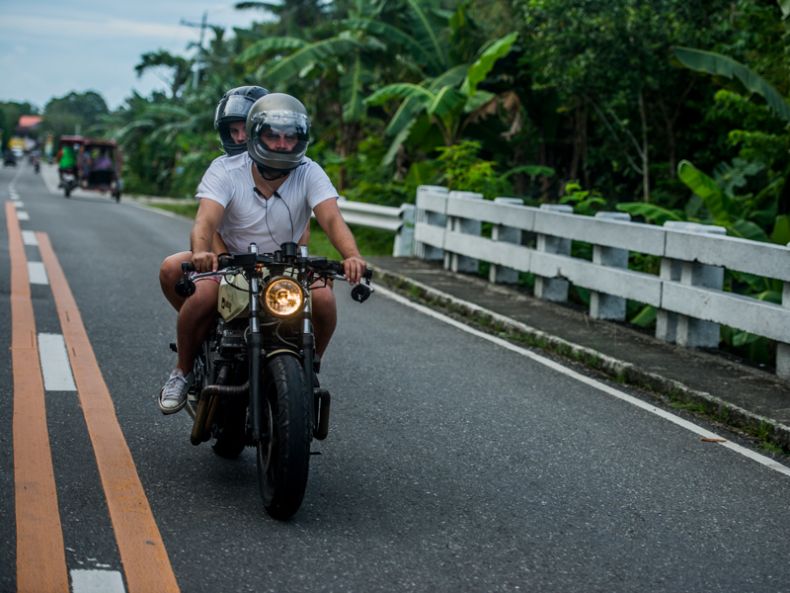 Two men in a motorcycle riding through the Panay island - entry point to the Western Visayas region in the Philippines. Photo source: Sakay & Co.

The Development Administration Committee (DAC) of the Regional Development Council (RDC) VI has endorsed to the Council proper the adoption and implementation of an innovative system for road crash data collection during its first regular meeting on March 3, 2021.

This is an initiative to significantly reduce road crashes in the region by generating a system-based, accurate, geo-referenced crash and health outcome data. Such is an innovation being introduced for the first time in Region VI.

The Database for Road Incident Visualization, Evaluation and Recording (DRIVER) is a web-based and open-source system for geospatially recording and visualizing road crashes. Being open-source, it will not entail cost to implement and will require only resources to train data collectors and users.

World Bank Consultant, Miguel Enrico Paala III of the DRIVER lead team presented the salient features of the application to the DAC. Paala said the system can support multiple agencies as well as provide standardized terms and definitions for reporting crash data. The visualization tools will also support data-driven decisions and assess the impact of interventions.

DAC Chairperson and Department of the Interior and Local Government VI Director Juan Jovian E. Ingeniero expressed his support to the implementation of DRIVER in the region. It was also widely accepted by the Committee, recognizing its merits as inputs to better policy formulation and infrastructure investment decision making.

The DRIVER System is expected to be rolled out in the region within the year. Immediate next step is conduct of trainings for government partners, including the Philippine National Police who will facilitate the data collection. The data gathered will be used in establishing road safety interventions.

Road crash case reduction is one of the indicators in the Regional Development Plan 2017-2022 Midterm Update. Region VI targeted to bring down road traffic accident rate by 10 percent annually (in number of deaths per 100,000 population) as stated in Chapter 19 – Accelerating Infrastructure Development Subsector Outcome No. 2 on enhancing connectivity and mobility.

This article was originally published on the National Economic and Development Authority, Region VI - Western Visayas.