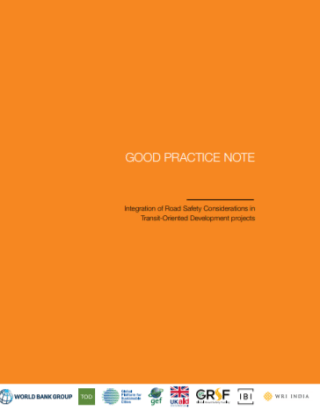 Based on 2018 findings of the World Health Organization (WHO), the number of deaths due to road crashes is 1.35 million deaths per year. While this number is quite high and increasing every year, the rate of road crash deaths per 100,000 of population has remained constant, at around 18 deaths, over the years. This rate of deaths is however not distributed proportionately amongst the different regions and countries. The high-income countries have recorded lowest average rate at 8.3 per 100,000. In contrast to this number, low-income countries have the highest annual road traffic fatality rates averaging at 27.5 deaths per 100,000– more than three times the average for high-income countries.

Most of the deaths and injuries from road crashes are of the working age population, which negatively impacts both the economy and the demography of the region. Road traffic injuries are currently the 8th leading cause for death for all age groups, and further compounding the demographic impact is the fact that road crashes are the leading cause of death for children and young adults, between the ages of 5 and 29 years.

Road traffic crashes have a high economic impact, costing 3 percent of a country’s GDP on average. They also cause a significant impact on the individuals as well as their families. Injuries arising due to road crashes can lead to trauma for the individual and loss in productivity. Along with costs of treatment, economic challenges may further be increased due to temporary or permanent loss of income as well. Along with the victim, road crashes take an emotional toll on the immediate family members and caregivers during the treatment process or any deaths and add to the economic burden as they may need to take time off work or school to care for the injured.

The distribution of road users varies within different regions and income groups of countries. This impacts the variations in death rates amongst the users. The low- and middle-income countries have a significantly high proportion of pedestrians, cyclists and two- or three-wheeler motorized vehicles. Overall, the global road traffic deaths for pedestrians and cyclists is at 26% and another 28% for two- and three-wheeler motorcyclists, totaling nearly 54% of vulnerable road users. This proportion varies in comparison between the economic group of countries, with a high percentage of road crash victims being car occupants.

Globally, a significant percentage of road crash victims being car occupants is also an indicator of insufficient infrastructure for controlling traffic speeds and volumes. Furthermore, when people use private cars more for their daily activities, it results in a higher level of total vehicle-kilometers traveled (VKT). Choice of using personal vehicle over using non-motorized transport or public mass transport may be attributed to the car-centric planning and design of road infrastructure. Many countries lack adequate protected infrastructure for pedestrians and cyclists. This discourages users to walk or bicycle to their destinations.

The Safe System approach derives from the Swedish Vision Zero and Dutch Sustainable Safety strategies that have a long-term goal for a road traffic system to be eventually free from fatalities and serious injuries. It represents a shift away from traditional approach of preventing collisions to a more forgiving approach of preventing fatalities and mitigating serious injuries in road crashes. The traditional approach emphasizes the responsibility of road users to avoid crashes rather than the responsibility of system designers to provide a safe mobility system.

The Safe System approach takes into account that humans are vulnerable and fallible, and errors are to be expected. It aims at ensuring these mistakes do not lead to a crash, and if a crash does occur, it is sufficiently controlled to not cause a death or a life-changing injury. Thereby with a “zero-harm goal”, it places a strong emphasis on road builder/operator and vehicle manufacturer accountability for road safety performance.