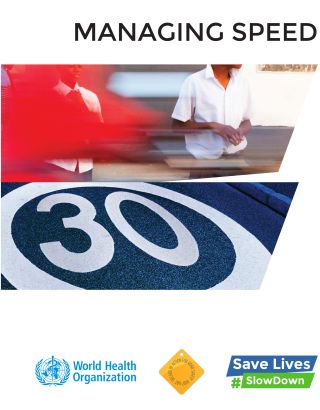 In the context of the Fourth UN Global Road Safety Week, WHO has released Managing speed. The document highlights that excessive and inappropriate speed is among the key risks for road traffic deaths and injuries, contributing to around one third of road traffic fatalities in high-income countries and up to one half in low- and middle-income countries. Safe speeds are among the four main elements of the “safe systems approach” to road safety, along with safe roads and roadsides, safe vehicles and safe road users.

Approaches to managing speed include building or modifying roads to include features that calm traffic such as roundabouts and speed bumps; establishing speed limits to the function of each road; enforcing speed limits; installing in-vehicle technologies such as intelligent speed assistance; and raising awareness about the dangers of speeding through campaigns. Countries which have implemented the safe systems approach – including interventions to ensure safer speeds – are those which have made the most progress in saving lives on their roads.