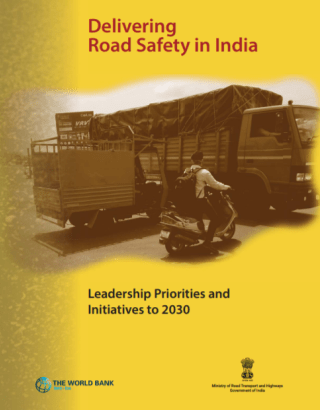 The report points to the high death rate on India’s roads caused by a chronic lack of investment in systemic, targeted, and sustained road safety programs and identifies relevant investment priorities to reverse the trend. India has one of the highest rates of road crashes in the world. Every year, about 150,000 people lose their lives on India’s roads, and more than five times that number are injured or maimed for life. The national highways alone claim one life a year for every two kilometers. This is ten times higher than the developed country threshold. Road crashes also impact economic growth, costing the economy between 3 to 5 percent of GDP a year.

Note: This report was published by the SAR team and GRSF is cross-promoting it.